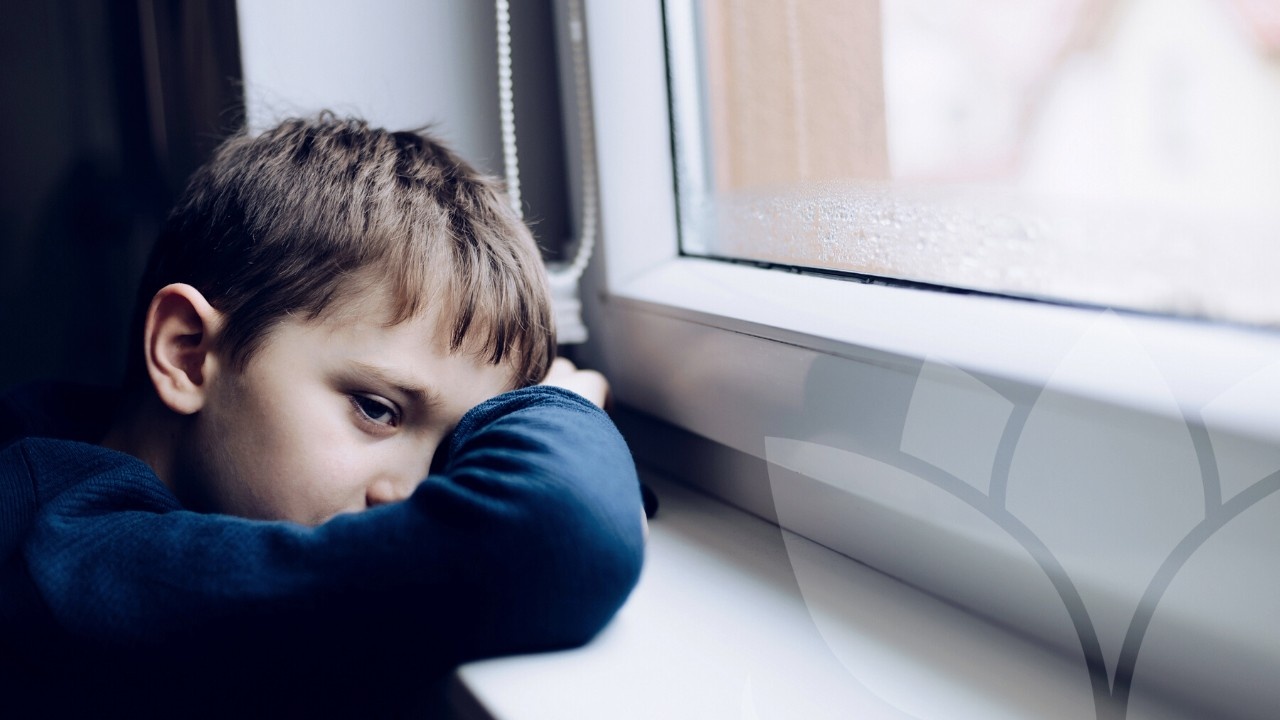 The thing with being the scapegoat child in a narcissistic family is you're the one that's willing to confront what's going on. You are not ‘toeing the line’, you’re not pretending everything's okay, you’re calling out your parent’s injustice; all of these things make you a target.

You Become a Target:

One of the things that I wanted to teach my children growing up was that you don't have to kiss anybody that you don't want to, including my parents. One day my mom came home from work with her friend, and so suddenly, she wanted to play nana. My mom didn't spend any time with my children because she worked full time, and I understood that, but trying and acting like nana in front of your friend is confusing for a four-year-old child because he doesn't get it. She made this big deal about coming to give grandma a big kiss and a hug, and my son flashed me this look like he really didn’t want to, so I said to my mom that he didn’t want to kiss anybody right now; she was so annoyed. She was irate, and once her friend left, that's when her rage started to come out because I was saying no to her, and my son was saying no, and you don't say no to an emotionally immature or a narcissistic parent.

If you do say no, then the three p's; there's a Pattern of Punishing People who disagree with them, which is exactly what happened. It came out of nowhere; she was banging the cabinets and getting all nasty under her breath, this caused me to go into my trauma response, and my father kicked me out because I was confronting the family system. Then, about a week later, my dad showed up with the pie on a Sunday afternoon, and I was just like, “What the heck is going on?”

This is typical of scapegoated children; they’ll go, “Oh no, there's the elephant in the room, and we have to talk about it.” In many cases, the scapegoat will be the sibling that is challenging the norm, which is why you get punished. This is extremely typical.

It's important to remember that a narcissist knows who will allow them to manipulate them, but they also know what child is going to give them a hard time; that is another reason you will become a target of a narcissistic parent. If you are a strong-willed child, if you are the child that questions authority if you are the child that is not going to acquiesce and subjugate themselves at will because mommy dearest raised her voice. If you're that child, then you're the one that she's going to try to break. You are the child that recognizes that this is unfair, that this doesn't make sense, this is unjust. None of this makes sense to you, and the narcissistic parent can sense it and know that you’re not going along with the program.

So you would be the scapegoated child if you said, “No, I'm not doing that.” You were the child with a moral compass. You are the one challenging them, and that is one of the biggest reasons you would become a target because you’re not tolerating what the family is doing.

Let me tell you this, if you are the scapegoated child, you are being scapegoated because you're strong-willed, you have empathy, and you have enough emotional intelligence to see the big picture. You know that what is happening is unjust, you have a moral compass, you recognize when people are abusing their authority. You know ignorance, and when you see it, you know stupidity, meanness and projection.

It’s Not You; It’s Your Programing:

In my case, I was depressed, and I had anxiety as a kid. I was inside a system that was very sick and I was aware of it but nobody was doing anything to fix it and worse, it seemed like I was being blamed for it. Being gaslit as a young child does a lot of damage so there's a lot of complex PTSD, a lot of anxiety and a lot of depression.

While this was all happening I had some weird coping mechanisms like memorising license plates, excessively exercising and practically starving myself, and it took me quite a long time to understand that everything I did was actually a side effect of a cause, and I wasn't the cause. It wasn't me, it was my programming. It was the environment. I was raised by two unrecovered alcoholics and we didn’t talk about our emotions, everything was very stifling and there was a lot of criticism; everything was very cold and very stoic. There was no soft place to land.

My father wasn't a nurturer, my mother wasn't a nurturer. Neither of them ever made me feel seen, and so it was a very gruelling way to grow up. I felt like I was part of a system that I didn’t belong to. I was the one they projected upon and I was the one that paid the price of the harsh disconnect from her mother. At 12 years old, I stopped staying home; Once I found a group of friends, I wanted nothing to do with my family, and then I got criticized for never being home, so there was no way to make my family happy.

If you are the scapegoated child, you are not alone.

You Are Not Alone:

Scapegoated children are persecuted; they’re punished for telling the truth, for not going along with the program. Scapegoated children are penalised for not laughing when their parents do something obnoxious. You're showing them that they don't have as much control over you as they would like. You will become a target because you're proving that you are not as controllable as your siblings.

You see, what happened in my family was all of the things that they seemed to dislike about me; my ability to stick up for myself, at least with them, especially as I got older. These qualities ended up saving me because I was able to become objective and analytical. So don’t give up!

If you had a childhood like this, you’re not alone, don’t give up! Learn about codependency because you may develop codependent patterns. If you're not careful, you will be someone who freezes and begins to subjugate your needs for the sake of your family. I suggest that you don't do that.

I suggest that you honor yourself, look within yourself and recognize this as a dysfunctional family. Learn everything you can about the narcissistic family because if you are the scapegoat, you are the one that's telling the truth, and the members of your family that are under the spell of the narcissist will turn on you too. You will be seen as a complete threat to the system, and it will spread. If you're not careful, this becomes all-encompassing, and you can get physically sick trying to fight this family system.

The best thing for you to do is accept what you cannot change and honor yourself, find your own tribe, find a therapist that understands this dynamic, or a life coach, get inside a Facebook support group that you think can support you as a scapegoat child. ACOA, Alanon and Coda are great resources for adult children that come from dysfunctional homes. Make sure that you build yourself from the inside out, so you know it's not you; it’s just your programming!

The goal is to detach and accept what you can't control and understand that narcissism is an addiction to the ego. The narcissist will never transcend the ego; they won't have an ego-death and get off. They get their power from keeping you below the veil of consciousness and engaging you by making you a target because they need a target.

However, when you detach, you pull away - and you say, namaste and walk away,  then the target is gone. They can't gain a source of narcissistic supply from you if you don’t play the game.

It Takes Time to Heal:

Now, it'll take time to heal because we’re talking about rejection and abandonment. We’re talking about healing from low self-esteem, which is a parent's job to make you feel seen, and a narcissist makes you feel the opposite. They make you feel invisible, and the only time they do see you is when they're chastising and criticizing you. This could become your own negative self-talk. You could develop a highly critical inner critic, and these are the things that you have to work on yourself. 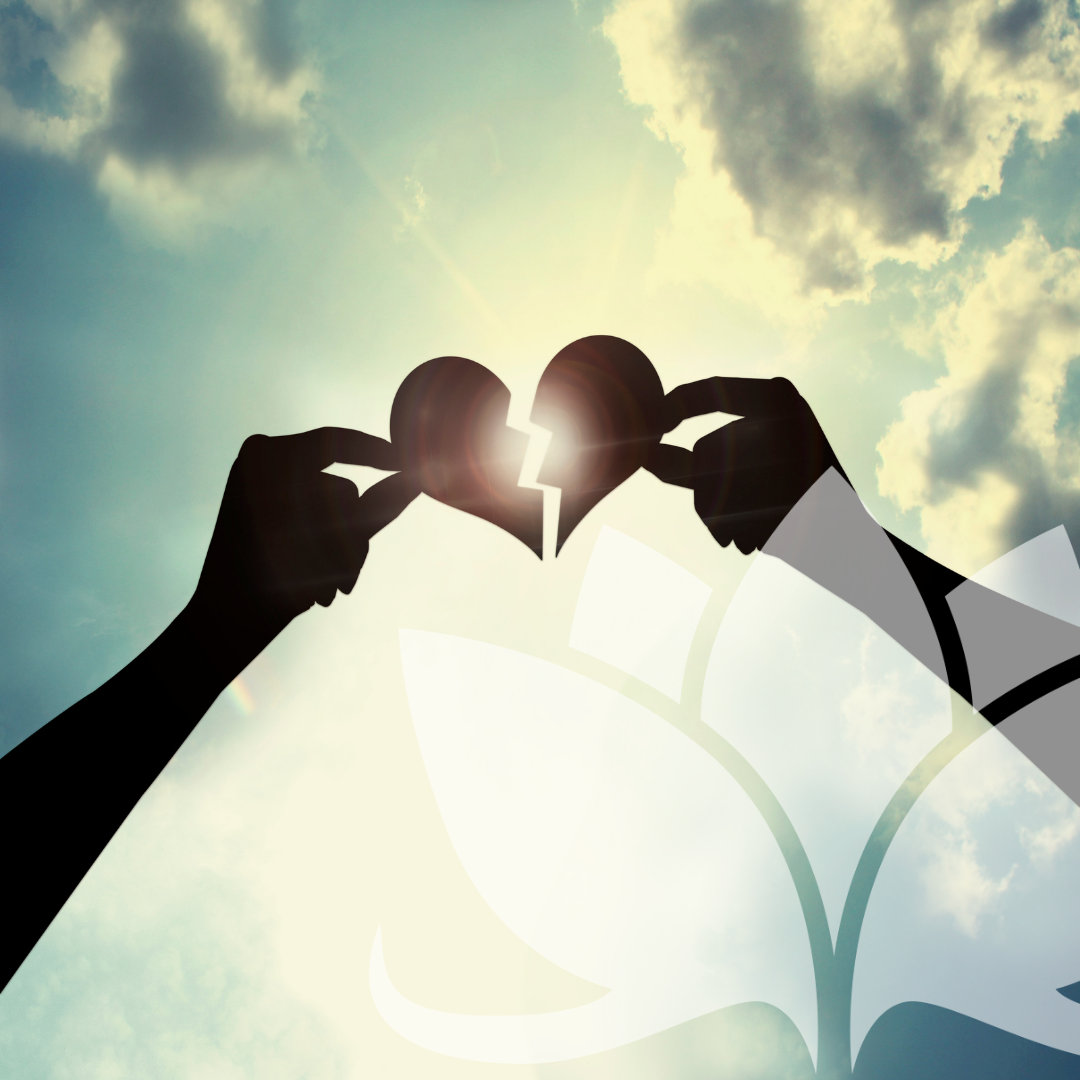 There's an old saying: if the cucumber is bitter, don't eat it. If the rock is hot, don't pick it up and certainly don't stick it in your pockets. It’s a lot easier said than done, but this is the way. Detachment is the way. Recognizing what's wrong in this sick family system, and recognizing that you don't have to carry the shame.

“It's not an easy road, but it is the road back to yourself.”

I can tell you that it is the road back home when you let this go. When you stop playing their game, you will ultimately find and reclaim yourself.

Namaste, until next time, as I bow to the love and the light that is absolutely in you.

You can also check out the rest of my website www.lisaaromano.com for some more resources, as well as my 12-Week Breakthrough Program and Codependency Quiz.