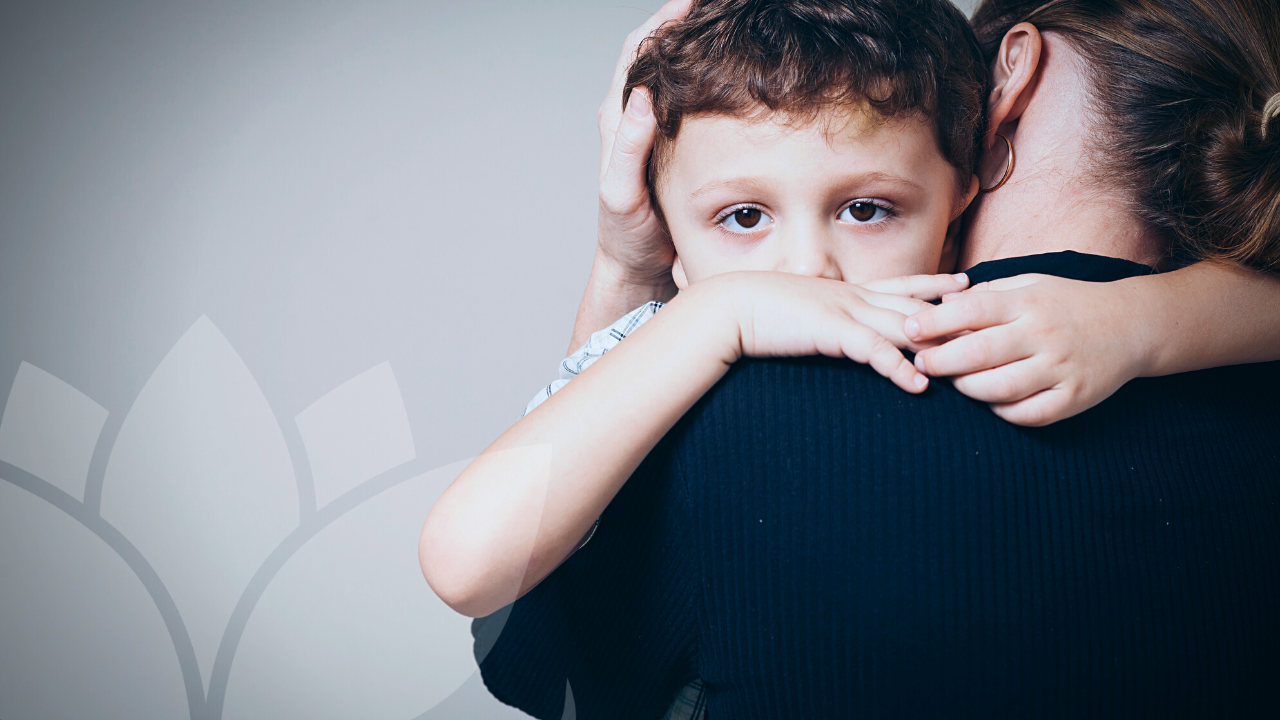 Today we’re going to talk about the plight of the scapegoated child within a narcissistic family system.

What does being scapegoated mean?

The scapegoated person in the family is the one that all the stress, drama, and blame prevalent within the family is being directed towards as a way to escape what's really going on.

For example, you might have an alcoholic mother picking on one of her children, saying that he's different, he doesn't know anything, he's the problem child in the family, and focusing on the scapegoated child. The parents are gaslighting them, pitting the children up against one another. When this is happening, all eyes are on the scapegoated child and the way they react while no one is holding the alcoholic mom or the narcissistic dad accountable for their own behavior, nor are they being called out for the way they are treating their child.

Characteristics of a Scapegoated Child:

Scapegoated children are often the children in the family that are the most emotionally honest. They are the ones who are not willing to play the game; they fight for justice; they don't like the way their parents are behaving. 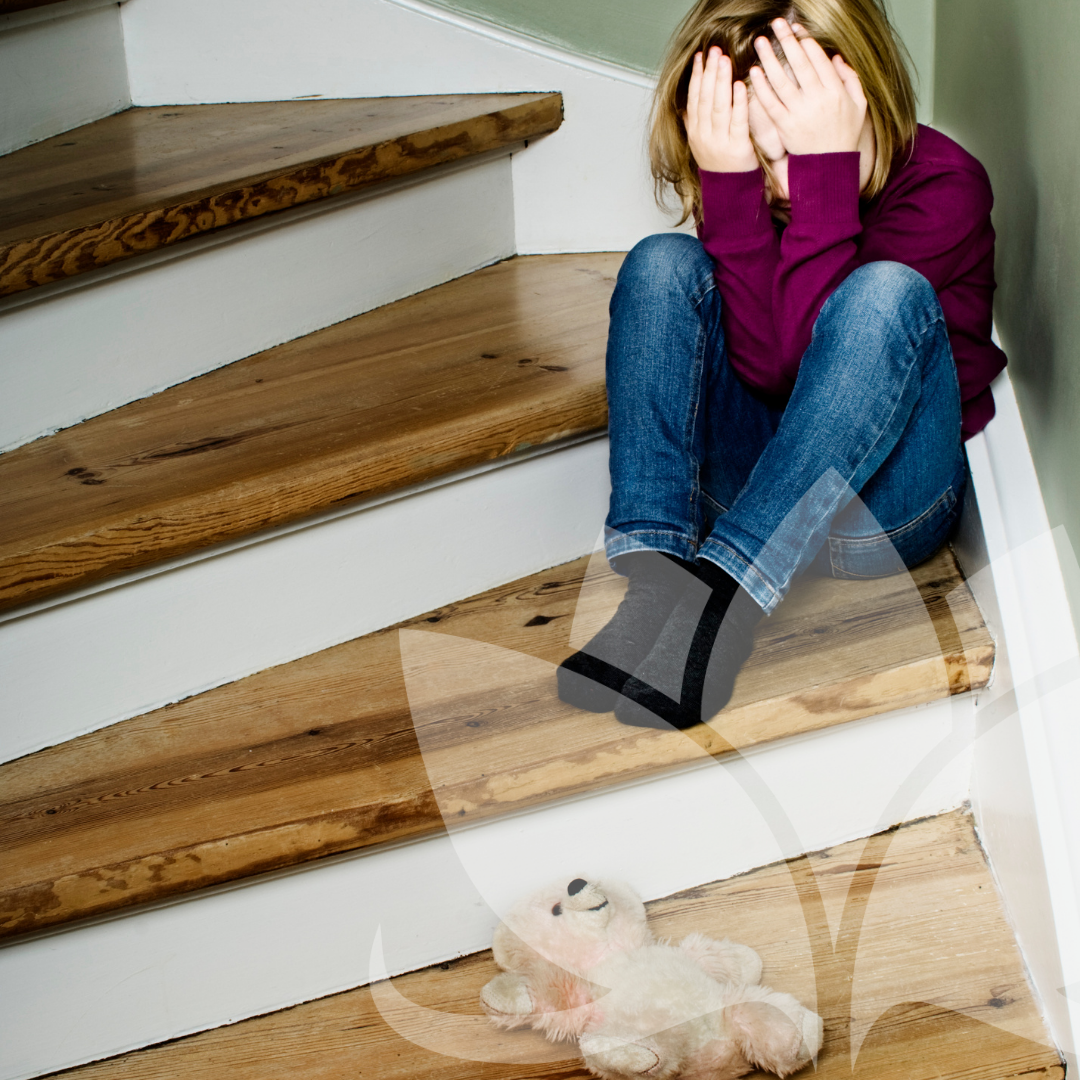 They may also look like the child that is depressed or anxious in the family, or maybe they’re even acting out in school, but that's because they are the ones that are soaking up all the energy and toxicity of the family; they know something is wrong.

Often, the scapegoated child is very protective of other people or very protective of the siblings. In a situation where dad is narcissistic and highly volatile, the scapegoated child will defend their mother against him. That is so outside the bounds of healthy, I won't even say normal, because unfortunately, in today's society, I think most families are a little dysfunctional.

To have a “normal” family with absolutely no problem takes a lot to have emotional intelligence. As well as having two parents who are emotionally intelligent, who see the big picture, who aren't highly reactive, who don't see their children as extensions of themselves; who don't have some type of an addiction or mental health issue; parents who are aware of their own triggers, their trauma, their own narcissism; that's a tall order. Most parents, most people even, are highly unaware of how their minds operate, of pain versus pleasure; they’re not aware of subconscious programming.

I shy away from saying normal families because I think the norm is somewhat out of balance. But the goal is healthy family dynamics.

“In order to have healthy family dynamics, people have to feel safe.”

In unhealthy family systems, children do not feel safe. As I said, you could have siblings that are pit against one another growing up.

I was pitted as the overly sensitive child; I was the one who was seen as the kid that was never happy. Well, I wasn't happy, and my parents also weren't happy. They were very anxious and controlling people, very judgmental and very critical, although on the outside, most people wouldn't say that. On the outside, neighbors would think that my parents were like your stereotypical Ken and Barbie and that everything was fine. But I would see the flip, in reality, I would see my mom raging at me one minute, and then someone would knock on the door, and the next thing I’d hear was “Hello, how are you?” like nothing ever happened, it was so bizarre, and I couldn't figure out what was happening. I just used to assume that it was me, that there was something wrong with me.

When you are the scapegoated child, you're the one in the family acknowledging that something's off. As a child, I could not pretend, and I was the child that my mother picked on and picked on me more when my dad wasn't around. I know what it feels like to be the scapegoat child.

One of the qualities that I also had as a scapegoated child was I was very protective over my brother and my sister, but it was an odd dynamic because when it came to school work, my father would say: why can't you do your schoolwork like Lisa? I had empathy for my brother, and I wanted to protect my brother. Still, I knew at the same time that my father was making it difficult for him to have any kind of feeling towards me because he was pitting him against me, comparing our work against each other.

My mother, on the other hand, would triangulate. She would talk negatively about me to my brother, and I knew it was happening, but there was nothing I could do. Many of you would have heard me say that it was rare to hear my mother laugh. One day I came home from school, and I heard her laughing; it was intoxicating - I remember dropping my bookbag in the kitchen, slowly going up the staircase and hearing my mother and brother laugh. When I got to the landing of the stairs, I started to recognize what I was hearing. She was reciting my journal. She was reading my journal to my brother, and it was as if someone poured gasoline over my entire body. My journals were like my safe place, and when she violated that safe place, she shared it with my brother, it was so violating.

While she bonded with my brother, she pushed me out and pushed him against me. In that situation, my brother would become her hero because I’d be upset, and my brother would have an opportunity to stand in and gain my mother's validation. This is very common in narcissistic and dysfunctional families, where their siblings don't even have a chance to get along because of an imbalance of power and authority being abused.

The children in the family have no shot at getting along because the narcissistic parent, the emotionally immature parent, is going out of their way to create distance between the siblings for their own ego. You see this all the time, it's dysfunctional and we're not talking about it - we're not clearing the air, and no one's being held accountable.

In the next blog I will go into more detail about how, as the scapegoated child, you become a target for the narcissistic parent.

You can also check out the rest of my website www.lisaaromano.com for some more resources as well as my 12-Week Breakthrough Program and Codependency Quiz.

Namaste everyone, until next time.

Is Your Soul Hurting Like Johnny Depp and Amber Heard?
You Are Enough -- Inner Child Healing Shadow Work
HOW TO DEAL WITH DIFFICULT PEOPLE; NARCISSISTS, HIGH CONFLICT PERSONALITIES, AND TOXIC PEOPLE