Codependent Man's Startling Confession: I Had to Throw Her Out of My Bed 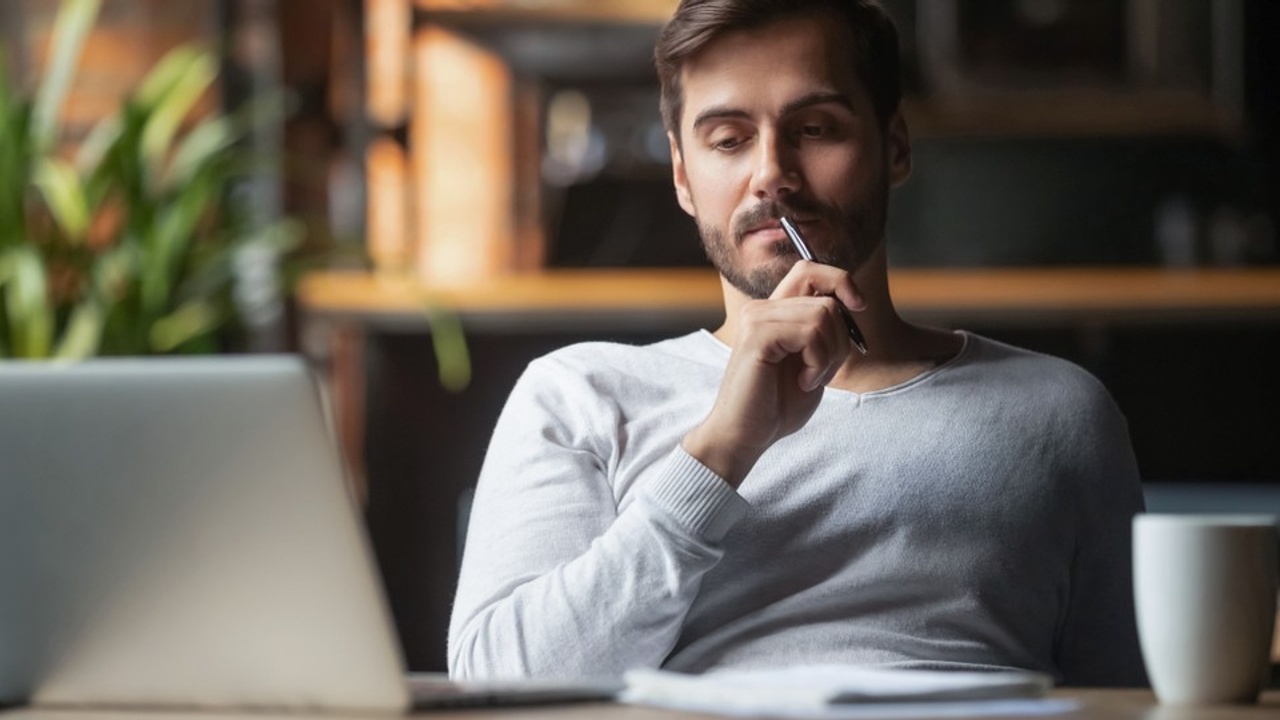 Melvin emailed me the day after he lost his lucrative job and threw a sexy naked woman out of his bed. Long ago, he had lost faith in any idea of a higher power and emailed me after watching my YouTube videos late at night after hearing me speak about childhood trauma and how emotions must manifest in the 3D world.

He knew his father was an abusive alcoholic and that his stepmother was a woman who had tried her best to maintain a safe environment. Like all wounded children, he was unaware of how his subconscious mind and ego developed a self-concept and world views.

When Melvin heard me say that all children are in hypnotic brainwave states and recreate their childhoods in their adult lives, something in his mind clicked, and he hurried off an email.

He married young when he was only 21 years old. Admittedly, he married the first woman who showed interest in him. He swore he would never drink, raise his voice, smack, hit, push, or restrain the love of his life as he had witnessed his father do to his stepmom.

Melvin, like many who struggle with childhood trauma, believed this would be enough to live happily ever after. In his mind, he believed all he had to do was remain calm and give his wife a comfortable life. He believed that as long as he never lashed out, somehow, his dream for a stable, healthy, happy, loving home would come true.

The string of superficial relationships he had with women after he and his wife separated left him cynical, frustrated, and primarily angry. One night, after a female lover asked him about his collection of designer watches, he asked her why she wanted to know about them. Her answer shocked him.

Melvin found it difficult to contain his rage. At one point, the impulse to shove this gorgeous, naked woman out of his bed surged through his veins. Thankfully, he did not react to his anger, and instead, he asked her to leave.

Melvin began surfing Youtube after the woman left. Something told him to click on one of my videos, which led to him watching many more. After a few hours, Melvin decided to send me an email. His letter was a mix of pessimism, desperation, and curiosity.

His humility touched my heart, and something about his email told me he would be the ideal client to work with privately. I knew childhood trauma was at play and that unless he corrected his thinking, his life would continue to spiral.

After a few months of digging into Melvin's past and explaining how his unexperienced experiences from childhood had impressed his subconscious mind, Melvin began to appreciate how divine, as well as delicate, the laws that govern time and space are.

This is what Melvin had to say;

"I never dealt with the wounds of my inner child. I shoved them away and, in essence, ignored the sad little boy inside me, just as my father ignored me. When I felt sad emotions, I yelled at myself and told my inner child to shut up. Again, this is how my father treated me when I looked upset or if he caught me crying or trying to console my stepmom.

I have to admit; I even hated that soft part of me. I thought I was weak for having those emotions, and so I busied myself with making money and buying things. These superficial experiences helped me hide from childhood trauma. And somehow tricked me into believing if I worked hard and gave my wife 'stuff,' I was nothing like my father.

When my wife wanted me to open up, it was like saying, "What you are is not good enough," but that was my trauma /ego talking and not my higher self.

Codependency recovery requires you to meet your inner child.

During one of our early morning codependency recovery coaching calls, Melvin broke down sobbing. In a sacred moment, for the first time in his life, Melvin felt and met his inner child. It was my job to hold that space for Melvin and his innocent inner child as they both converged, integrated, and began the divine healing journey.

My client was finally beginning to ask the right questions.

In time, Melvin's breakthrough moments began to make sense. Here is more of what Melvin learned.

"Lisa, I am beginning to appreciate what you mean when you say emotions dictate reality, even if we remain below the veil of consciousness. I also heard you say that there is no conspiracy. Feelings are vibrations, and they create patterns and frequencies. That's why I would have continued to spiral had I not begun to change the meaning I give circumstances in my life. If I had reacted to my anger that night with that woman in my bed, I would have slipped right into my father's patterns.

I was never a match for authentic love, so how could I keep it around or attract it? I was a match for superficial experiences, so that showed up. I was a match for anger; even if I was not expressing that anger toward women, I was treating myself that way. I was mean to myself. Nothing I ever did was good enough. Nothing my stepmom or I ever did was enough for my dad, and when either of us asked him to stop drinking or to come to a family event with us, he became angrier.

Lisa, what you're trying to teach me is to believe that the past matters, and it creates the future, only if I remain below the veil, and that if and when I change my thinking, my emotions will change, and my emotions are energy. Energy is vibrational, and consistent thinking creates consistent patterns. If I continue to think differently, then I must resonate with different experiences in the future. The only thing I should concern myself with is NOW; what am I thinking, feeling, and emitting NOW."

Codependency Recovery Teaches You The Power of Letting Go

As Melvin began to let go of his attachments to worldly possessions, he began understanding the meaning behind these losses. His world began to correct itself.  And he even reached out to his ex-wife. He is NOT attaching to an outcome and is enjoying opening up to the woman he believed loved him even when he was broke.

Melvin had to lose his job and even the relationship he manifested. These were products of an old paradigm and because Melvin is a seeker, losing them was the only way he would have experienced enough CONTRAST to begin asking deeper questions. Had he not lost his job and had his wife not left him, Melvin would still be repeating his father's patterns. Melvin's sacred desire was to NOT be like his father, and now he knows he is not.

Lisa A. Romano is a Certified Life Coach, bestselling author, and YouTube Vlogger specializing in codependency recovery and mental toughness training. She is also one of the most listened-to meditation teachers on the world’s largest meditation app, Insight Timer.  Lisa was voted the #1 Most Influential Person of 2020 by Digital Journal and one of the top ten most influential women of 2021. Lisa creates real-life tools to help people evolve past their traumas so they can live in peace, achieve success, and create harmony in their lives regardless of painful past events. Her 12 Week Breakthrough Codependency Program has helped thousands of people learn to regulate their emotions and heal from painful pasts, including negative self-talk and limiting beliefs. Adult children of alcoholics and those raised by narcissistic parents are learning to find their way back to the love they were denied as children through Lisa’s transformational work.