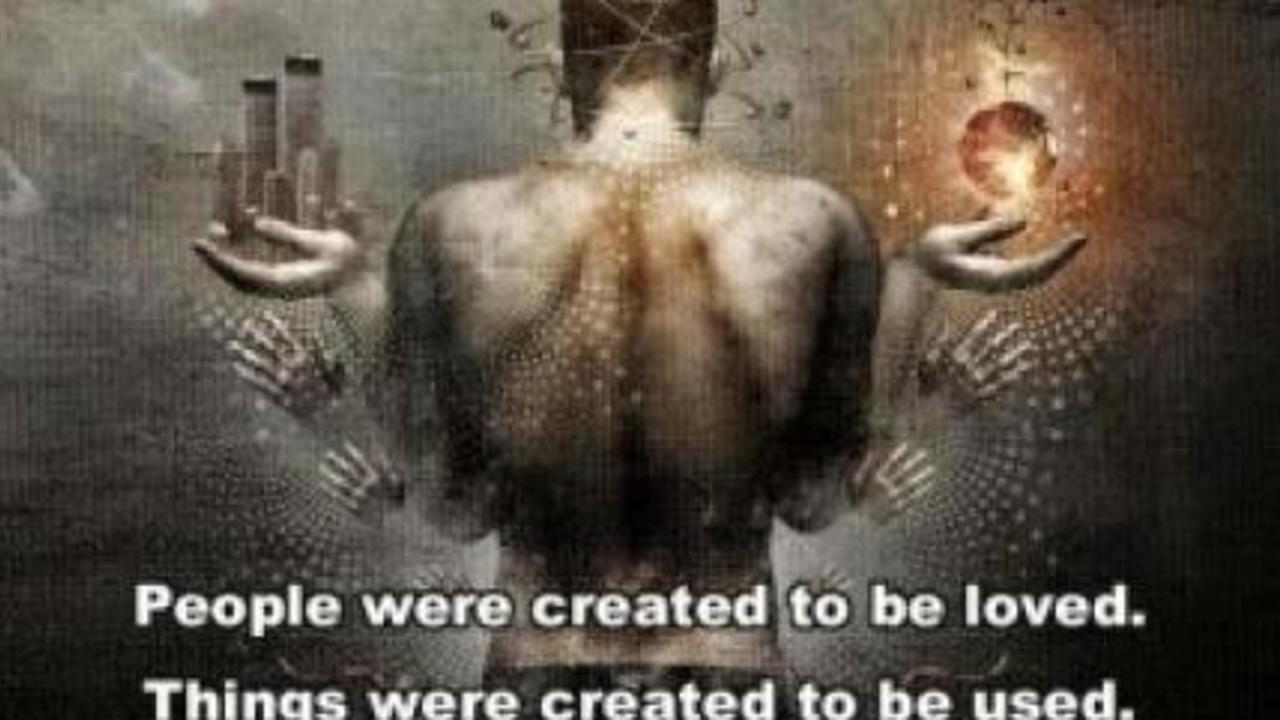 While the term 'codependency' may be clouded with misunderstandings, it is quite an epidemic. In fact, it is a worldwide epidemic, although rarely does the common man stop to ponder such deep thinking thoughts.

By common man, I am referring to those amongst us who have forgotten or perhaps have never learned to think.

Codependency is a programmed condition that is rooted in the very fibers of the blueprint that becomes a beings subconscious belief system.

Why is this important to pick apart and totally understand?

Because if you do not know your Self--you are no more than a walking, breathing zombie. That's right, a zombie.

Before I began my recovery journey I often said, "I feel like a shell." I didn't feel real, but I didn't know why.

I believe that the disconnect between my psychological mind, which was founded on my subconscious belief systems and the most natural facet of me; my spirit/soul/self was the reason I did not feel whole.

In fact, I wasn't whole. I was a fragmented mess, focused only on others.

As the child of two adult children of alcoholics, I had been conditioned through my parents neurosis to believe I was not enough, and that my worth as a human being hinged on what other people thought about me.

So ingrained were the ideas that who I was--depended on whether or not I could somehow manipulate a sense of worthiness in the eyes of another--that I lost three decades of my life splintered off from the essence of me--my divine Self.

HOW TO BEGIN HEALING YOUR CODEPENDENT MIND

Not only have most of us been conditioned to worry more about what our parents think about us than we do about ourselves, but we have been born into a society that bombards us with images, data, magazine ads, newspapers and television advertisement that in covert as well as overt ways implies that the only way a human being can be happy is if he or she looks like the collection of pixels someone out there has determined we should.

We are being force fed bullshit, and most of us are so unaware of what is going on in our subconscious plane, that we mindlessly buy the products we are subliminally urged to buy, and slowly reinforce the negative and destructive unconscious thread in our head that loops in the foreground of our so called thinking mind, that we are not enough as we are.

To begin healing your codependent mind, you must turn away from those who do not support you--and whose agenda it is to have power over you-so to feed their need to stay in control over others emotions, and sometimes physicality.

As you begin to create emotional distance between your mind and others--it is necessary to then turn within and begin seeing Self for the divinity it truly is.

THE HIDDEN SECRET OF ALL TIMES

The hidden secret of all times--is YOU.

What matters is the knowing that whatever created the sun, moon, stars, planets, and galaxies--created YOU.

The creator of all that is--is YOUR DNA.

THE SYMBOLISM OF THE CROSS

DNA is comprised of chromosomes represented by an X.

Yes, Jesus on the cross represents a human beings ability to be a creator through the power of his/her DNA which is represented by a cross. An X is essentially shaped as a cross.

The real hidden secret is--that you--at your core truly are created in the image and the likeness of creator, and your true power resides in your ability to love Self--because the vibration of love--transmits as a wave--at a quantum level--through the atomic activity held within the atoms (Adams) of your DNA.

The very core of you is Light dear ones--and all the materialism--drugs--superficiality--the beauty industry and music industry--were designed to keep this truth from you--so to create consumers who mindlessly fuel the cash cows at the top of our economic food chain.