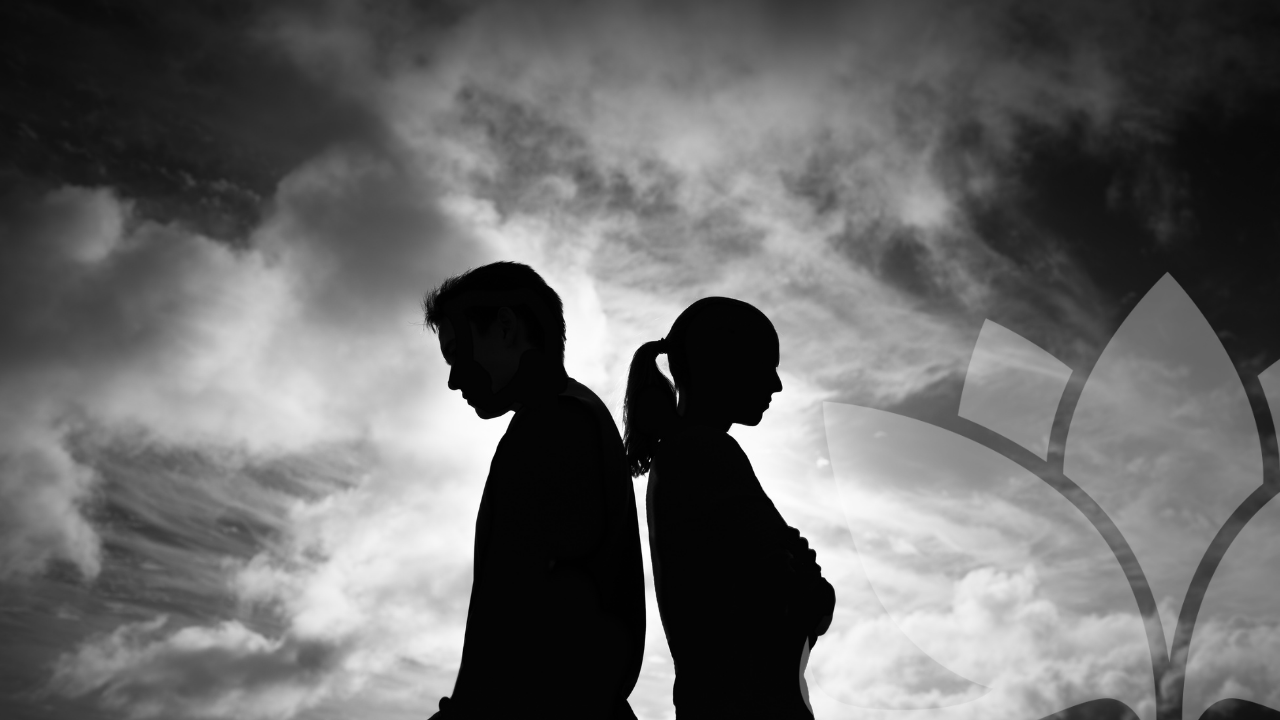 None of us are perfect. That means that the people dating us, the people who are married to us, are dealing with someone imperfect.

We all bring our own stuff to the relationship. That is a really important place to start when we're trying to understand relationships in general. And I firmly believe that:

“Whatever is unresolved in childhood will surface in an interpersonal relationship”.

Hopefully, if you are on this path to emotional sobriety and emotional recovery, and you're feeling like you’re moving in the right direction, you're able to be more self-aware, more self-accountable, and not only look at other people and try to figure out what's wrong with them, but you’re able to look under your own hood—knowing when you're stuck and then doing everything you can to get unstuck.

Learning to think fairly and objectively about ourselves and how we show up in life, our frequency, and what our vibes are, is a great place to start.

Learning to be fair-minded and objective about how I was showing up shed an entirely different light on my relationship dynamics, my relationship with my husband, friends, family members, and even my children.

So today, I want to talk about some important red flags that will let you know that a man or a woman is wasting your time. These significant red flags that we will look at will help us navigate the emotional world and figure out how we can be more objective about the relationships that we're in.

We want to make sure we are looking at things square in the face, that we're not in La La land, we're not in the land of denial, pretending that things are better than they really are (which is a HUGE red flag).

When you are struggling with the fear of abandonment or rejection, and you have some codependency programming, you can cling to a relationship, even though all of these warning signs are there, and the other person is exhibiting all these warning signs. If you're someone who struggles with codependency for instance, or you're just someone who wants to be in a good relationship, finally, you don't always see things as clearly as you should.

So let's talk about the first red flag; now you might be saying to yourself, “Oh yeah, I know that,” but so often, we just ignore it.

You need to look out for when someone’s words don’t match their actions.

It could even be as simple as their dating profile says that they're vegan, but when you go out to dinner, they’ve ordered pork. And then they have some excuse for why they're eating meat that night. Or the person says that they are empathic, and you notice that they have very little empathy for the waitress or the waiter. And so what you'll see over time is that there is a big, big difference between what this person is saying and their behavior.

Watch out for that relationship red flag!

Another sign that you're wasting your time is that the person you're with cancels on you last minute.

So you're dating someone, you think it's going great, and maybe even in the beginning, when you're trying to get to know this person, things are fine, but a few months in, you notice that there's some callousness on the part of this new person and they tend to cancel on you last minute.

Now, I don't think we should throw everybody to the wayside the first time they cancel out, maybe not even the second time. But when there is this pattern of this person cancelling last minute consistently, I think that's an indicator that you're wasting your time.

“Their words should match their behavior”.

And so if this person is saying, "I care about you,” “I want to meet your family”, or “I'd like to participate in that event with you," and you find that this person just cancels on you consistently over time, that's a warning sign that you might just be wasting your time!

Whether you’re texting them or calling them, you're noticing that the energy doesn't come back. That's a huge indicator that this person wants to be chased, or they're just not that into you. It might even be that they haven’t figured out whether or not they're ready to commit, or they haven't figured out what they want in their life.

“This is where we need to be really, really serious about our boundaries”.

I know that as a woman, I'm guilty of this; I chased after men. And I laugh now, but it was pretty sad at the moment chasing them, just hoping they'll text me or hoping they'll call me back. Not even realizing that I was operating from this very sad place where I feared rejection and abandonment.

This totally goes back to being a little girl and observing the mind movie that I watched every day, where my mom was catering to my dad. I was shown this idea that "I'm a woman, and I need a man's approval. He has to tell me that I'm enough. I can't be alone." I downloaded this because it was so apparent that my mother stuffed her emotions, especially her negative ones. It was okay to tell my father he was handsome, it was okay to say to him that he was amazing and that he was the best provider, it was okay to compliment my dad, but it was not okay for my mom to say, "Hey, I don't like it when you raise your voice." Or "I don't like when you're highly critical of the way that I look," or, "I don't like the way you spoke to me on the phone."

Now, as a child, I would observe my mom being frustrated talking to my dad on the phone, and I'd watch her hang up the phone and stuff her emotions. And I downloaded that behavior. It's not so easy when you're in a budding relationship to recognize when someone might be wasting your time because that means in order to set that boundary, you are coming into the reality or the consciousness of this idea that this relationship might have to end. And that is super, super uncomfortable for someone who has a fear of abandonment or rejection.

You're always giving; you’re the one activating the dates. You're the one pushing things forward and keeping things afloat, and the person that you're with is like, "Eh, I'm not sure." I think he could take it or leave it.

You're wasting your time.

Red Flag #4: They’re Married or Already in a Relationship

It sounds kind of obvious, but a major red flag is if you’re dating someone that’s married. This is an indicator that you are wasting your time. Now, some people might argue that and say, "But my boyfriend said that he was going to get divorced." Well, I can't tell you how many women I've coached have been in relationships with married men. These men did not leave their wives. As long as they had a woman who would drop everything the minute this man called, the man was invested. As long as they didn't ask too many questions, and as long as the woman believed everything that came out of the man's mouth, then he stuck around.

But you need to know that if you're concerned about wasting your precious time, every breath you take is a sweet breath, the longer you're in a relationship with someone who might be wasting your time, then the less time you have to find somebody who is invested or who is ready for a committed relationship.

Be aware, don't push it to the side.

If you are in a relationship with someone who's married or has a girlfriend, it's a red flag that you might be wasting your time!

Another sign that you might be wasting your time is that you two have entirely different relationship goals and relationship values.

What do I mean by that?

You have to be honest with yourself. And many of my clients struggle with knowing what they want and accepting that.

“When you don't know what you want, then it's tough to get what you desire”.

What ends up happening is you end up settling for what shows up. And then your mind does all of these things, backwards rationalization to justify, not paying attention to this idea that you have different goals and different values.

You're ignoring the fact that he says he wants to live in the mountains in a cabin somewhere, and you want to have a couple of kids in the city. You've ignored the fact that he can't stand dogs, and you're a dog lover with ten dogs. You miss the fact that he does not want to get married, and you're dying to get married. You want to settle down. You want that amazing union to take place. You want to be able just to expand your love with someone and feel connected with someone. And you believe in marriage, and this person does not. This person hasn't ever had a long-term relationship, but you keep thinking he'll change.

If you're in a relationship with someone and you're ignoring the fact that you have entirely different relationship goals and values, this is a sign that you're wasting your time.

Don’t let the people with these signs waste your time! Every breath you take is precious; your time is precious, don’t waste it on somebody who is not in it for the long haul. Next week, I will talk about five more signs that someone is using you and wasting your time.

You can also go to my website to take the codependency quiz and find plenty of advice and free resources for you on my YouTube channel.

Namaste everybody, until next time.

Check out my Codependency Quiz: https://www.lisaaromano.com/codependency-quiz