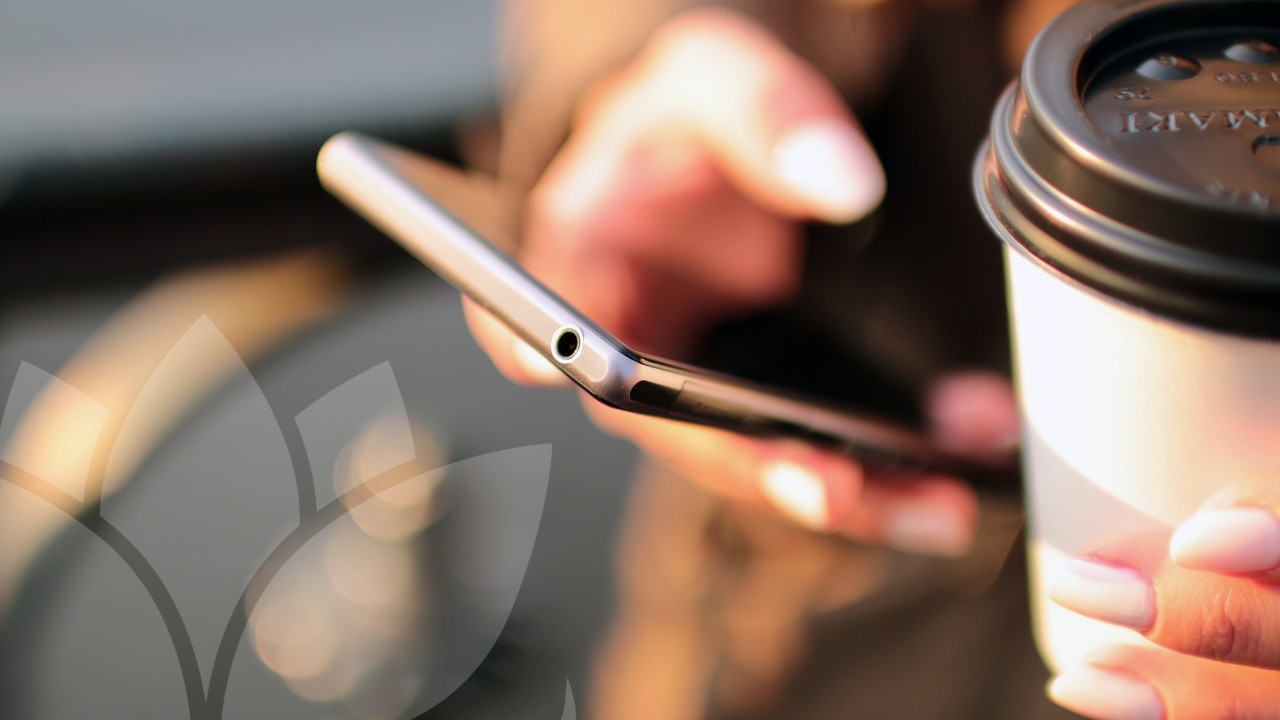 The dating world can be really confusing these days, many of us rely on texting to get to know someone. I have watched my children go through the dating scene and have to struggle through this texting process to try to get to know someone, and I wanted to give you some red flags that you should look for to help you weed out the people you’re texting so that you know whether or not someone is wasting your time.

Top Recommendation: Get Them on The Phone!

Back when I was dating, we used to actually get on the phone and talk to someone, and when you actually speak to someone on the phone, there's a lot that you can learn; you can listen to their pitch, the sound of their voice, you can get a sense that someone is perhaps even not telling you the whole truth. Just by the way they speak to you, you might be able to pick up on something that you might not pick up on a text.

My recommendation is, whenever possible, to start talking to someone on the phone as soon as possible, and even before you meet them! This is especially important if you're middle-aged - and this is all new to you, so you don’t end up wasting your time on people who may not be interested.

This will require a lot of self-accountability, self-reflection, and a lot of self-control because when it comes to texting, you can get addicted to that instant gratification or the anticipation of someone texting you back. We all know that the little dopamine rush we receive, whenever we get a text message, is addictive, and the more lonely we are, the more alone we feel and the more we crave a relationship, the more dangerous it is for us to cling when we should instead, let go.

Dangers of Texting for Codependents:

If you are struggling with symptoms of codependency, where you worry more about what other people think about you, texting is a slippery slope because you're not dealing with someone who's standing in front of you, and you’re unable to read their body language. When you’re on the phone with someone, if there's a long pause, it's obviously awkward, and so you know something's up, or if you're sitting in the car with someone and things get awkward, at least you can say, “Wow, that was awkward…” but texting leaves so much into question.

“At the crux of it, you fear abandonment because you've been abandoned.” 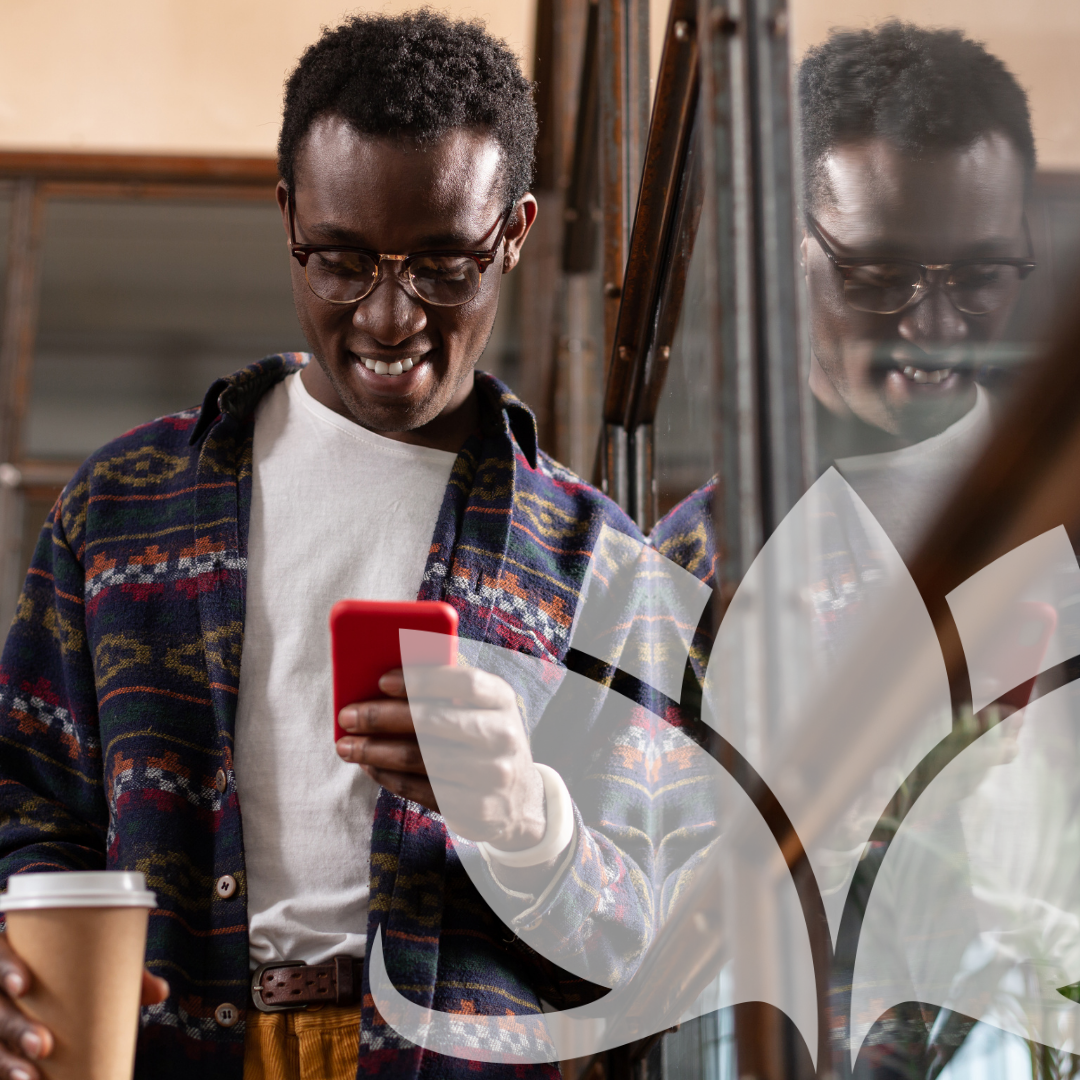 You've either been physically abandoned, mentally or emotionally abandoned early on in life between the ages of zero to seven (you can experience abandonment later on also.) These are the years that your brain is being wired for socialization when you need to develop an ego boundary or a sense of self. By the time we're three-five years old, we should have some idea of a self and that the self that we think we are even unconsciously, is good, is worthy and is valid. If you grew up feeling like you’re not valid, you weren’t good enough, you’re broken, you didn't know who you are, and you're dating, trying to find a divine mate and you’re pulled into this new world of technology, texting can be a truly crazy-making situation, so I want to have a very real conversation with you.

Breadcrumbs look pretty good when you’ve never really had a full meal. I know that. That's the way I lived my life; I was so accustomed to not feeling loved and not feeling seen that when a boy paid attention to me, it was like “I’m all in!”.

My first boyfriend actually used to time me. He lived a few blocks away and when I got home from school he would say “Okay, I’m going to give you five minutes to get here,” and I’d throw my books onto my bed, and run out there hoping that I could make it in time just to prove how much I loved him, and hopefully, he would say “Good girl Lisa, you are worthy of my love,” it’s crazy but that's the way I used to live, and it took me a long time to realize that that was dysfunctional. Acquiescing to the needs of other people, having to prove myself worthy of this boy, and I did it over and over and over again in my life until I finally realized that I was codependent and I was living below the veil of consciousness. I got real, and it was through the ability to see what was really going on, holding myself accountable and realizing that I was a love addict. I craved these relationships, I was addicted to relationships it was very much like a drug. I needed to be in a relationship, I felt empty, hopeless, worthless, and I didn't know how to function outside of pleasing and thinking about someone else. I didn't know how to feel about myself. I didn't know how to do something for myself. It's a very sad reality to live in, but once you realize that, you can awaken and you can free yourself from this cycle.

Let's talk about some of the biggest texting red flags.

Red Flag #1: You’re The One Chasing

The first sign is that you are chasing the thread. In other words, you start texting someone, and you realize that unless you text them, they don't text you back, so you're constantly chasing the thread. It's a one-way texting situation, it's not fluid, and you feel like if you didn't text this person, they wouldn’t even care.

When you're in a relationship with someone or at least in the beginning a relationship with someone, if they're interested, they’ll act like it. If this person is worth your time, then they don't make you chase them. You get the sense that they're very interested even in texts. You have to be honest with yourself Dear One: Am I chasing this bumper? You have to say to yourself: no more and leave it right where it is because, as long as you keep giving your energy to this, it's like you're giving your energy to a black hole.

“There are people that just enjoy being chased, and if they're making you chase them in a text they're going to make you chase after their love, and you deserve more than that.”

The next sign that someone is wasting your time is that they never answer your texts, so you send a text, and it takes days for them to answer. These days, who's not without their cell phone? Generally speaking, when you're in the dating scene, and you're on dating apps, trying to get to know people, I would say more often than not, your phone is probably close, and there's no reason to wait a day or two or even a week to answer a text.

If you are dealing with someone who simply doesn't respond to your text, as I said earlier, this is someone who either wants you to chase them or is not interested. Don't invest your time in someone that isn't interested. Would you spend your money at a restaurant if the waitress and the owners made you wait hours to sit at a table even when there was no one in the place? Probably not. So think of it in the same way: if someone doesn't text you back, don't waste your time!

Red Flag #3: Never Asks About You

The third sign is they never ask you questions about yourself. When you're in a texting situation, you've just met someone, and you find that they're not curious about who you are, this person is not interested. This person wants to be chased, or maybe they're just texting you because they're hoping that it will lead to a physical relationship, but they're not interested in you.

Think about it: when you meet someone and you want to get to know that person, how do you do that? You ask them questions! Where did you grow up? What school did you go to? What's your favorite food? What kind of music do you listen to? What do you do in your spare time? And things like that so now, when I meet you now, I’m getting a picture of who you are because I care about you.

If they’re not asking questions about you, this is a dangerous sign. This is a huge red flag. You might be talking to someone who might be talking to 10 other people, and unless this person is interested in you, they're not going to ask you direct questions about your life because they just don't care, and that's okay. That doesn't make this person a narcissist - It just means that this person is not your person, and you want to make sure that if you're struggling with codependency or low self-esteem and loneliness that you don't accept this, that you don't chase this, because it's so easy to chase this when you are struggling with feelings of abandonment, loneliness and you exhibit codependent behaviors, so don't tolerate it.

Number four: the conversations are flat. So maybe they do ask you a question back, but you feel like there's no color, there's no flavor to the conversation, there's no joking around, it's almost interview style. You feel the relationship is missing that indescribable something, that little sparkle, that magical sense that you have that you’ve met someone interested in you and that you find you know incredibly interesting as well. It's indescribable when you happen upon that type of relationship.

When you’re texting, the conversations don't feel robotic; if you feel like a bot could be answering your text, that's a bad sign!

Another sign that you're wasting your time is that they never answer your questions. So you ask them a simple question like “What time to get off from work?” or “What are you doing this weekend?” and you notice that they might answer the text but they’re not answering the question. That's weird.

You want to make sure that you're not chasing after someone who can't even answer your questions because you have to ask yourself: why aren't they answering the question? It's not like you miss the question in a long thread or a long post that you sent someone; it’s just that the question is absolutely being avoided. If you're seeing a pattern in the texts, that's a huge red flag that this person is wasting your time!

Don’t let the people with these signs waste your time! Every breath you take is precious; your time is precious, don’t waste it on somebody who is not in it for the long haul. Next week, I will talk about five more signs that someone is wasting your time through text.

You can also go to my website to take the codependency quiz and find plenty of advice and free resources for you on my YouTube channel.

Namaste everybody, until next time.

Check out my Codependency Quiz: https://www.lisaaromano.com/codependency-quiz